All you need to know about Costa Blanca in Spain

Costa Blanca or the White Coast, is one of Spain’s most popular tourist destinations. The coast is popular as never before among us Europeans and the Costa Blanca has a celebrated and rich history, and there are many interesting sites throughout the region. 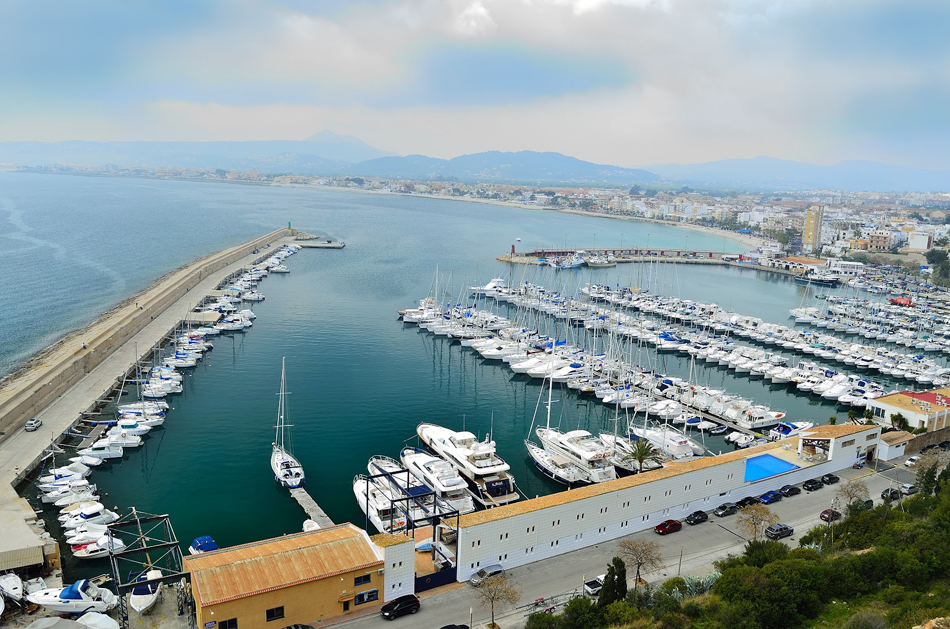 Javea is in the shadow of the dominant Montgo mountain in the northern part of the Costa Blanca and is one of the most popular resorts in the region. The city began attracting northern Europeans more than 30 years ago, and many of these visitors have bought their own apartments and chalets. Javea is an attractive destination with much to offer visitors, including some of Spain’s finest golden beaches. Javea is divided into three parts: Javea Pueblo (Old Town); Javea Puerto (the busy harbor area); and Playa de Arenal (the largest beach area). Today, the old town and the port have grown quite a lot thanks to the property development that has taken place in the city, while Playa de Arenal is 3 km along the rocky beach of Javea Puerto. Read more about Javea 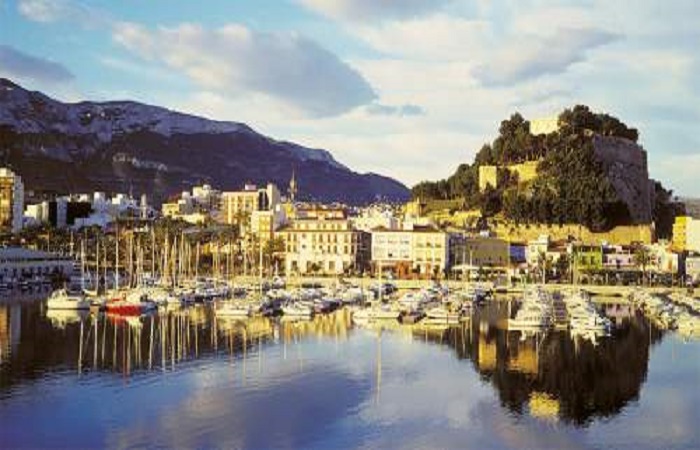 The colorful seaside town Denia enjoys a privileged location right on the northern edge of Alicante province. It sits on the coast of the Mediterranean opposite the Balearic Islands and is backed up by the impressive mountains of Montgo Natural Park. Its sandy beaches extend beyond the eye can see, and the city is a magnet for those who like sailing and those who want to relax with a day at the beach. Read more about Denia 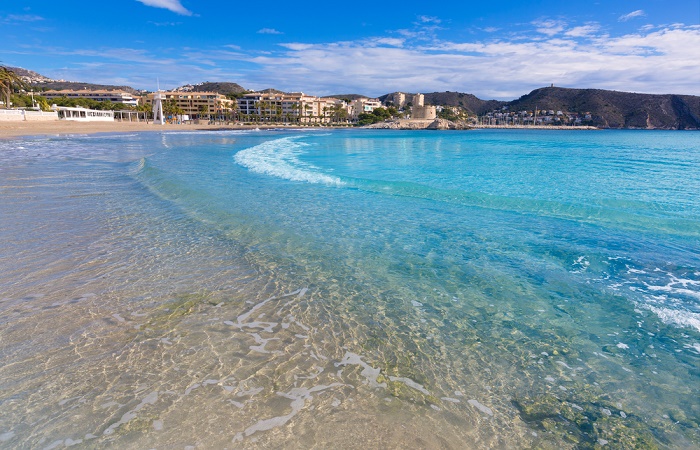 Moraira is quite midway between Valencia and Alicante. If you drive from Marina Baja, you can choose the coastal road from Calpe. Here is charming small places in a row. The place is characterized by beautiful gently sloping sandy beaches and sheltered little squares, an exclusive marina, an excellent variety of excellent restaurants and bars, as well as many shops. “War” between the Moors and Christians are by far some of the best you can see during a local fiesta. Here subscribed an invasion by the Moors, while fireworks sizzles over the water and then explodes out into the ocean. Read more about Moraira

The most famous landmark on the Costa Blanca is the rock at Calpe. Visible far avstad from both north and south where it is situated on a promontory out at sea and extends 332 meters above sea level. Pisco’s stone parts coastal strip in half and is an easily accessible hiking destinations. How about taking the great tour first and then enjoy one of all friendly bars in Calpe afterwards?

Altea is the most charming Spanish city I’ve visited! An elongated boardwalk, whitewashed houses with flower pots, narrow cobbled streets, small arts and use shops, ice cream parlors and outdoor restaurants, – are just some of the Altea has to offer. Any number of steps in the narrow quaint streets, leads you from the seafront and up to the viewpoint of Altea.

Alfaz del Pi is famous on the Costa Blanca for having more full-time foreign residents than Spanish residents.
There is a great mix of over 90 different nationalities living in Alfaz and this makes it a great tourist destination because of its variety. Of course the weather in Alfaz del Pi like the rest of the Costa Blanca is superb with hot summers attracting the tourists but also the winters are mild making it an ideal location in which to retire to.

Benidorm was built around the small mountain crag that we know today as the “old town”. During the 1500s the city was attacked by pirates, it meant that much of the town was destroyed and the inhabitants fled. In the 1600s, the city was rebuilt, and in 1665 was a major turning point for the city, when the city got fed freshwater through channels from Polop and Alfaz del Pi. The new supply of water gave residents of Benidorm opportunity to engage in agriculture, and it was cultivated olive, orange and lemon.

Today La Nucia the city’s fastest growing Pais Valencia. According to Enric Pastor, press chief of the municipality, is the cause of La Nucia popularity to find in these facts: “Pueblo’n has low crime, good schools, well-developed healthcare system, highly advanced sports and cultural activities and a good coverage for assistance to the elderly.” “We have two main groups of people who move here,” says Enric Pastor: “young couple around 30 years and older from 65 years. We do what we can so that people will feel comfortable here, “he says. And it’s true. At the same ten years, when the population doubled, the municipality built new health center, police station, a new youth house, a large concert hall and a large modern sports facility.

Finestrat Spain La-CalaFinestrat in Spain has experienced many cultures throughout history. Finestrat has perhaps the oldest settlement in the area. Archaeologists believe they have evidence that it was resident people here already more than 20,000 years before Christ. Here was was one protected by the mighty Puig de Campana, had an amazing view of the entire area and had access to important water sources from the mountain. In Finestrat we find the oldest Iberian settlements in the province of Alicante.

Villajoyosa is especially known for its chocolate. Valor, considered one of Spain’s best chocolate brands, are produced here. As the rest of the coast, tourism is also an important source of income. One of the most popular tourist attractions is the Gothic Catholic church, with baroque altarpiece. Villajoyosa is also very famous for its fiesta edition of Moros y Christianos. It has added so much to this celebration that the fiesta is declared as an event of international interest for tourists.

Alicante city is capital of the province with the same name and located in southern region of Valencia. Alicante is one of the cities that are fastest growing in Spain. The economy is based on tourism, wine production and export of fruit and olive oil. Alicante is great for the Mediterranean and has a bit of everything to offer. In the north we have San Juan, the city’s own “beach resort”, here we find a long beautiful beach, tourist apartments, golf course, restaurants and bars.

Take a trip to Elche Palm Sunday and experience the celebration of this palm the city. Elche is one of the few cities in the world that has two cultural sites on UNESCO’s World Heritage List. In 2000, palm forests part of the World Heritage List, and in 2001 the famous game about mystery in Elche. The city with white palms, plaited palm leaves, and the many palm forests, has one of the most famous celebrations on himself Palm Sunday.

White of the salt and brown by the sun said the coat of arms of Torrevieja. The town lies just south of Alicante and has a long and interesting history with ingredients such as salt lakes, ancient towers, boardwalks and sandy beaches. There is much to experience in the area. There are many possibilities either you move on foot, by bicycle or by car. Torrevieja situated on the coast and is surrounded by three beautiful and large salt lakes. The city has an area of ​​72 square kilometers and about 100,000 inhabitants in the winter, and five times as many in the summer. Torrevieja can be called an island because three channels separates the city from the country. 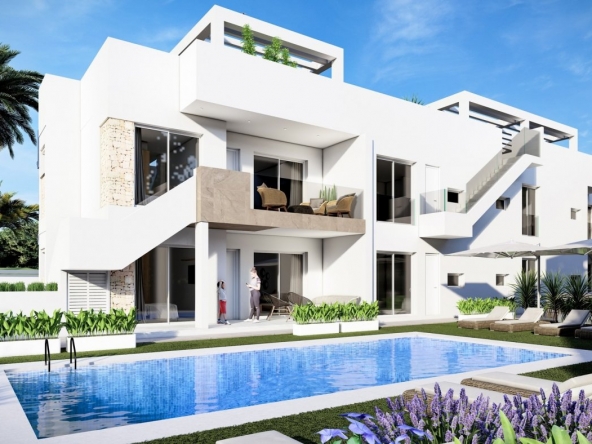 Penthouse in Denia for sale 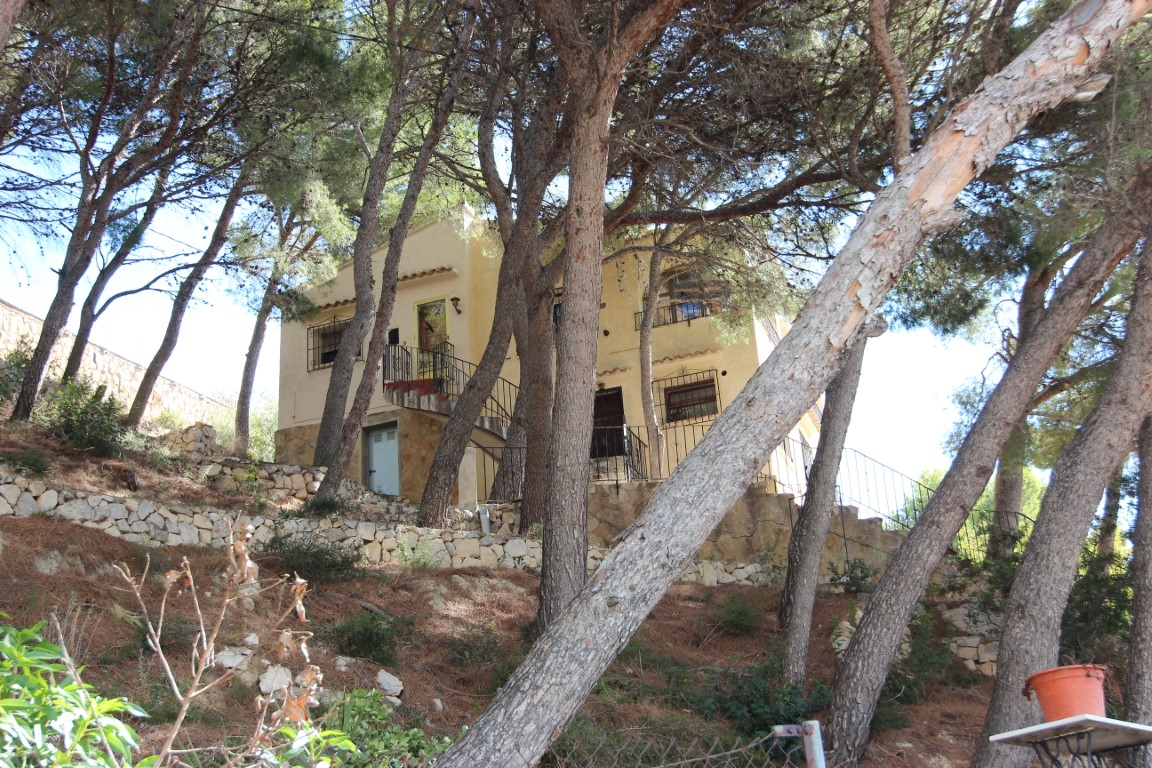 Villa in Polop for sale 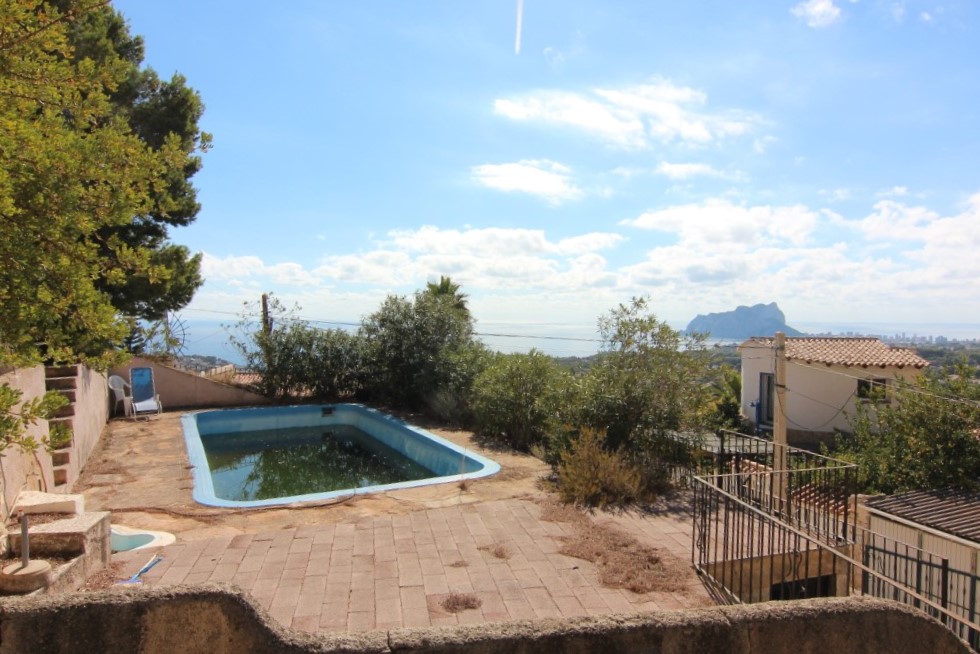 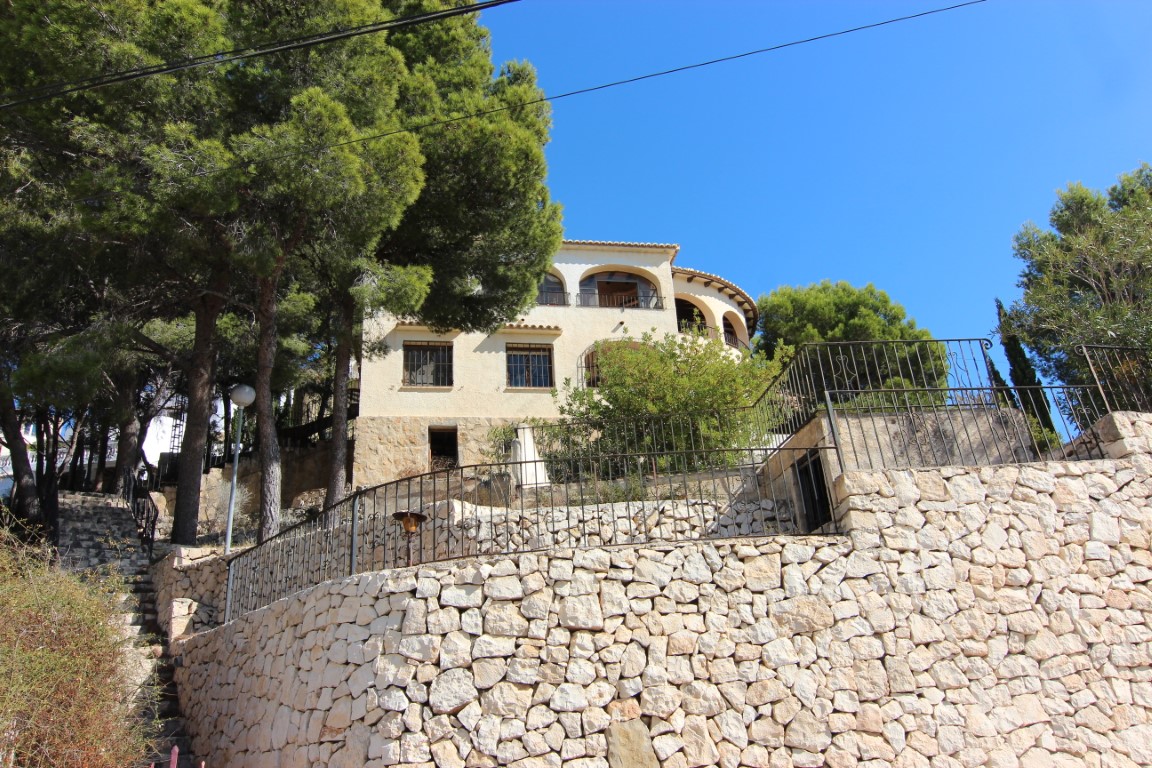 Apartment in Santa Pola for sale 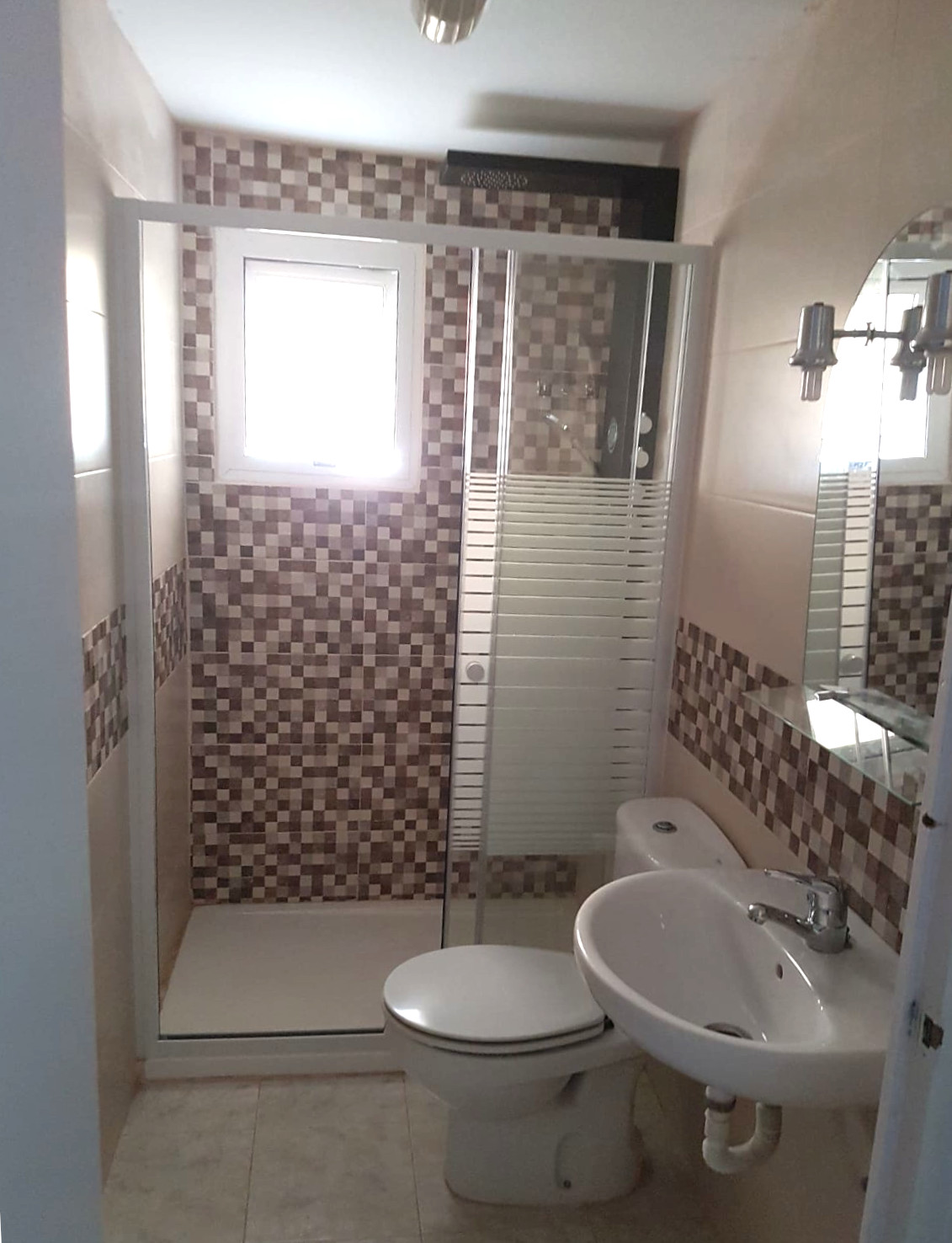 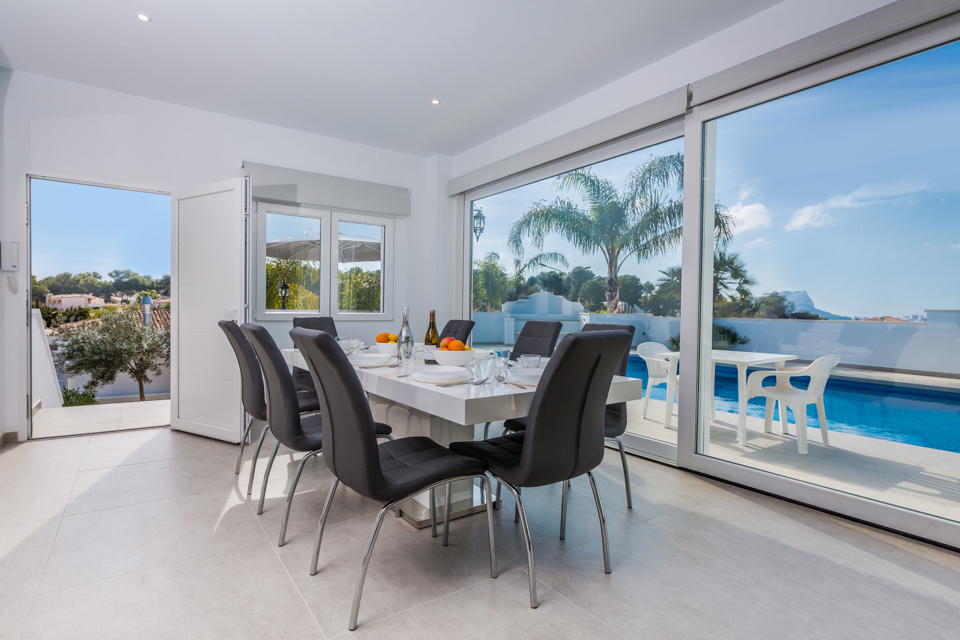 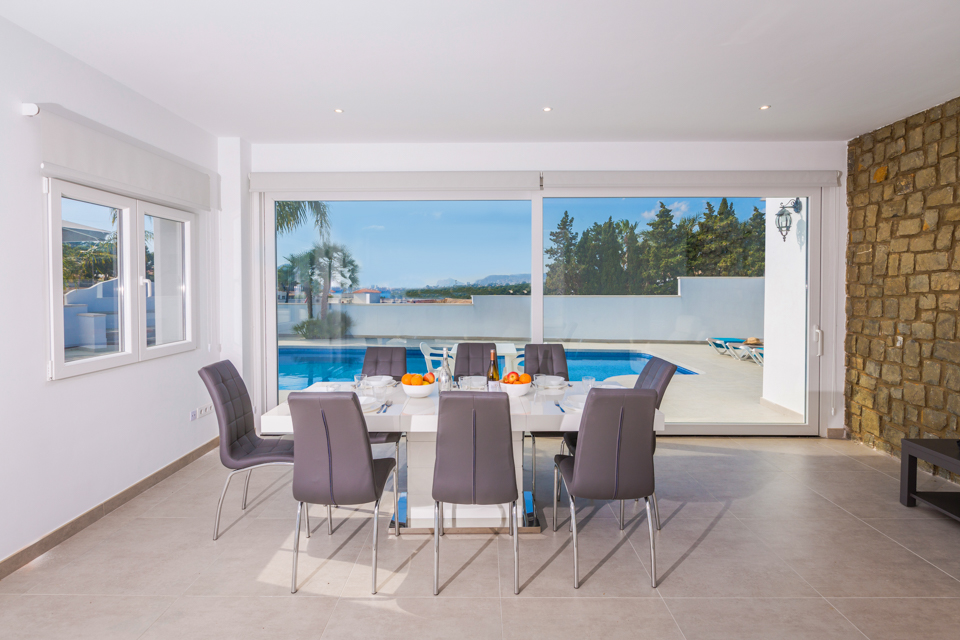 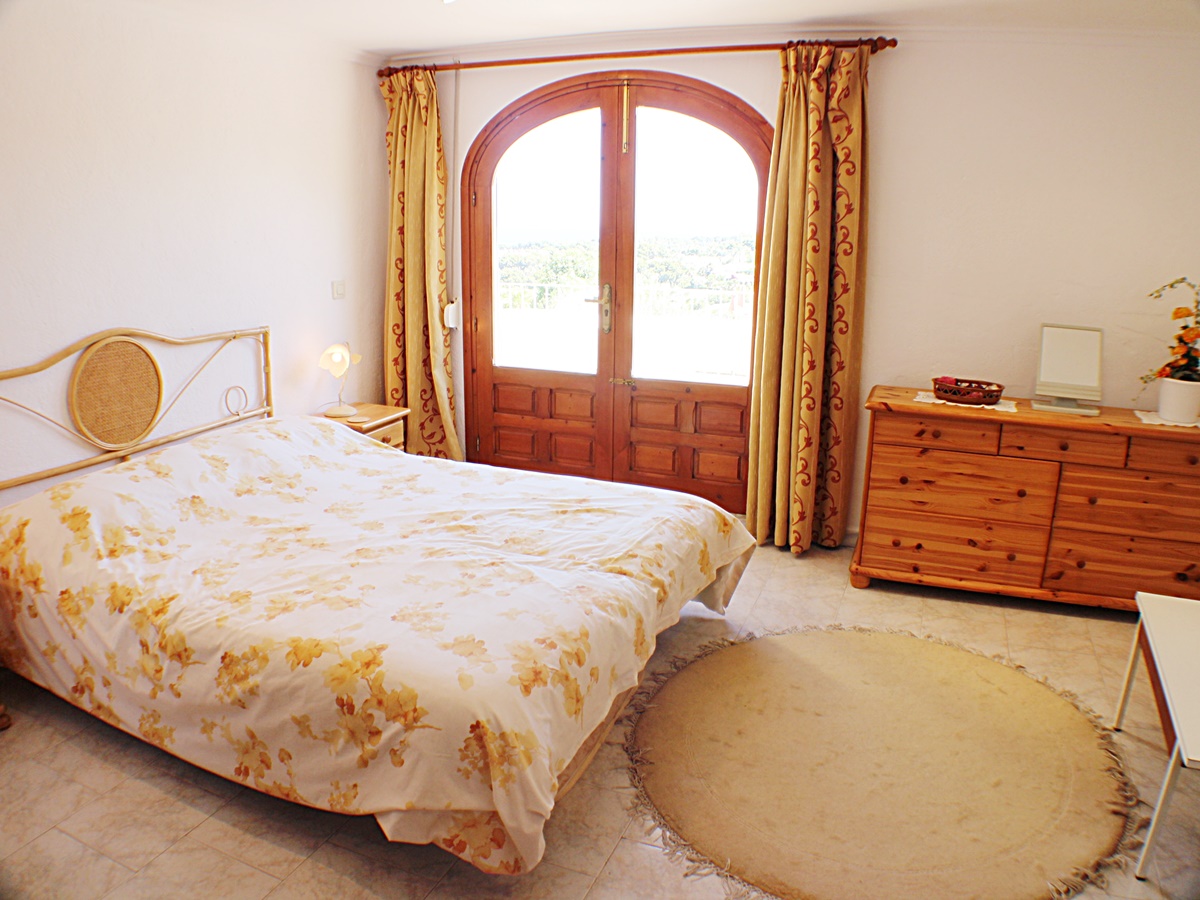 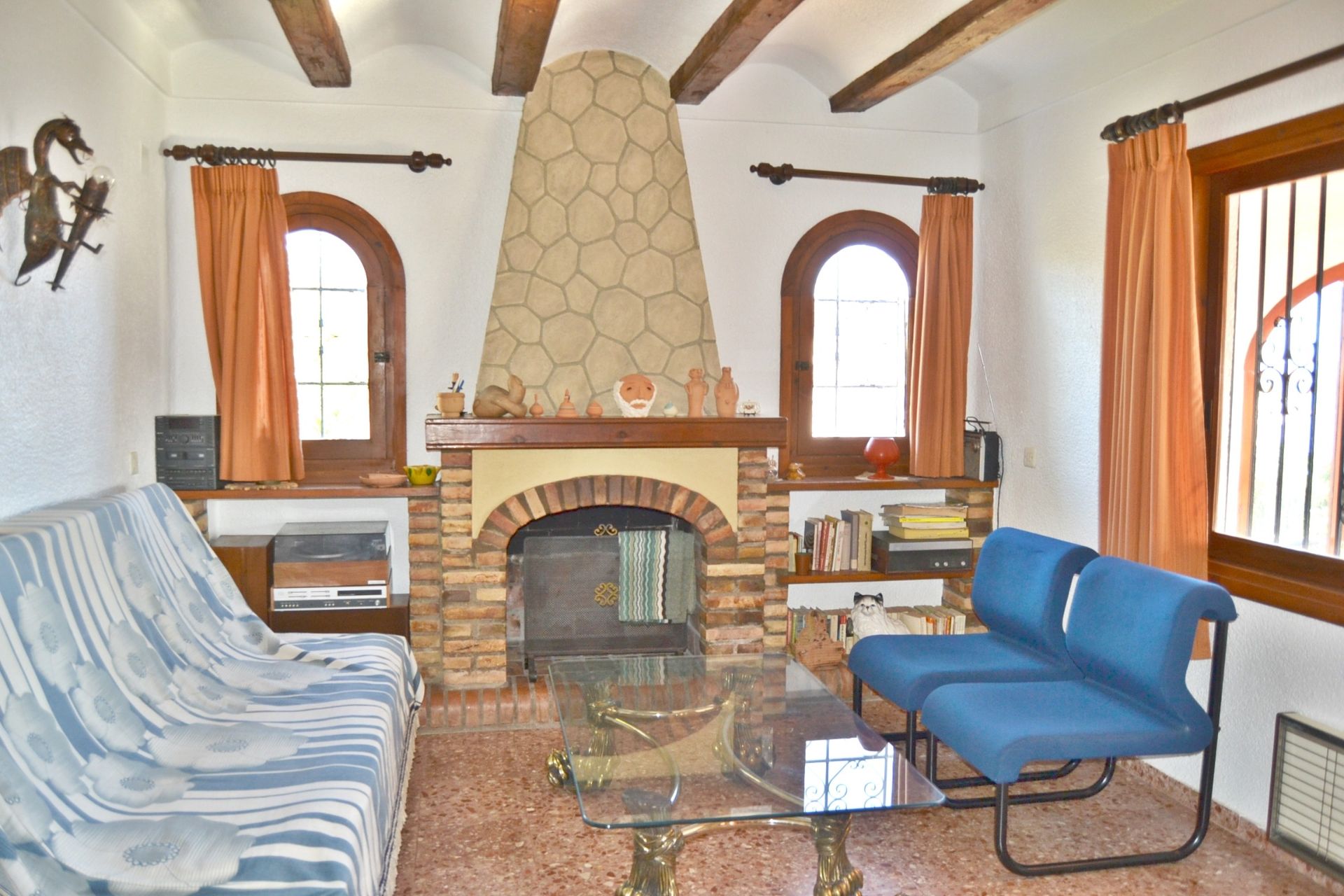 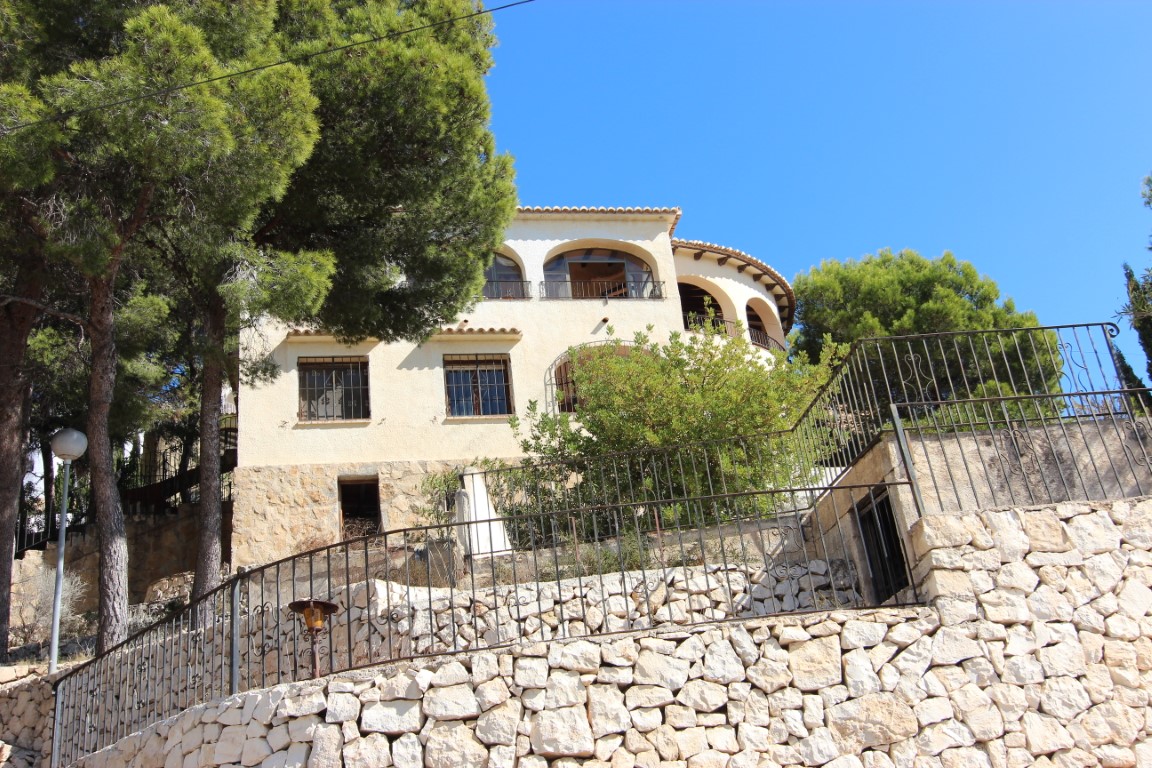 Semi in Orihuela for sale

Bungalow in Orihuela for sale 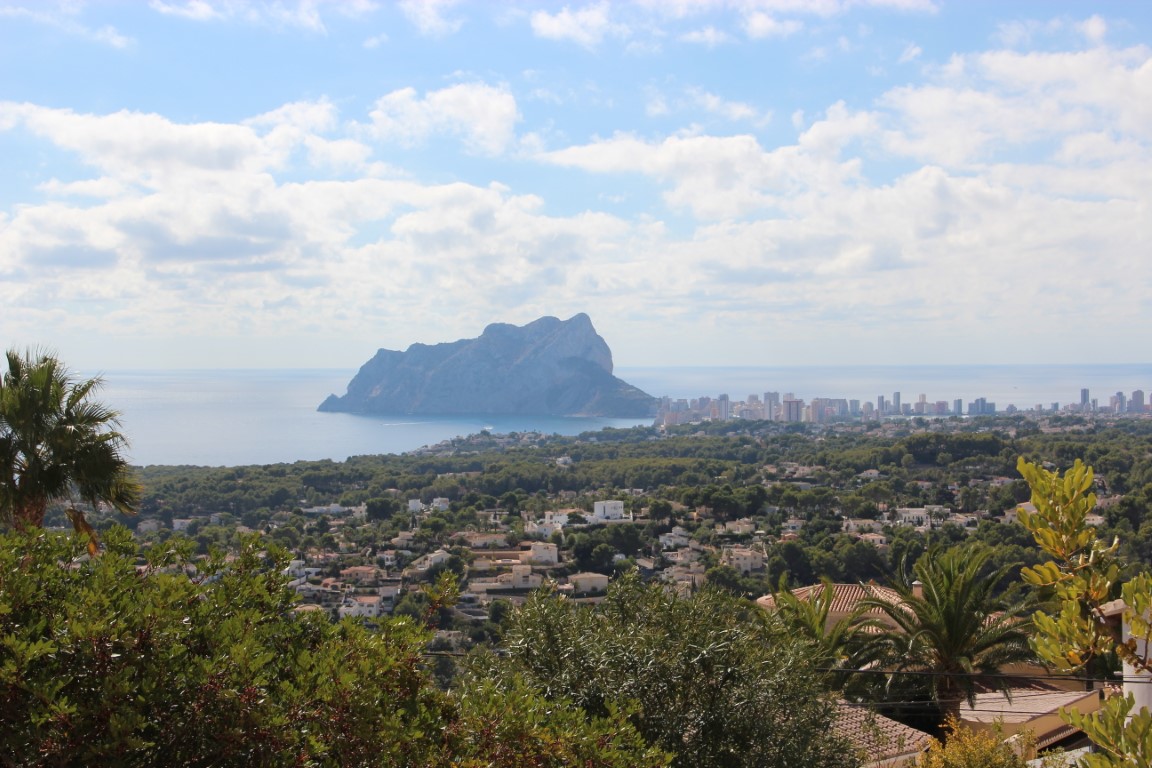 Bungalow in Orihuela for sale

Villa in Finestrat for sale 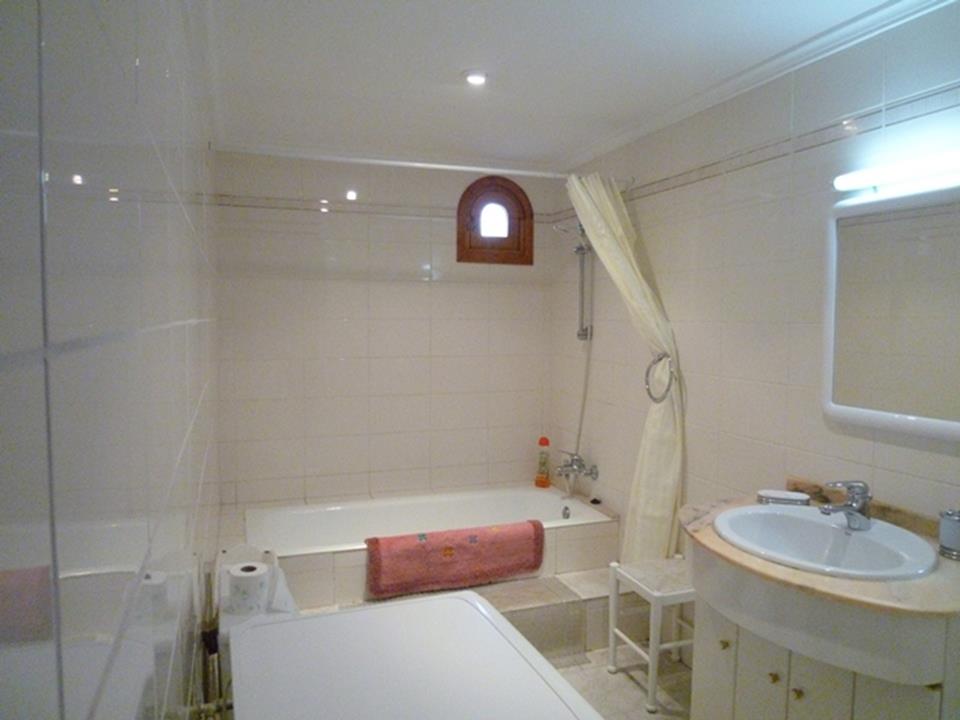 Apartment in Villajoyosa for sale